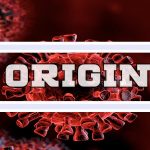 When is a Maestro, not a Maestro?

You may have noticed that if you want to have something repaired around the house, you aren’t looking for a handyman here in Ecuador; you are more likely going to want a Maestro, and not all Maestros work on the same sort of things. You will find that in the small towns of Manabi Province, there is likely one Maestro that specializes in one of the things you might require. There might be a Maestro of carpentry or cabinetry, for instance. There might be a Maestro of welding or even bicycle repair. Once you have lived here in Manabi, Ecuador, for a while, you will soon learn that all Maestros are not equal.

Three years ago, I needed to buy a stove for my kitchen, and I was pretty happy with what I purchased. It is a four-burner, table-top model resembling a large camp stove, and I have been pleased with it, but I knew one day I would need to replace the gas pipes connecting the knobs and the burners. I noticed little by slight the ends of the tubes, where the heat is from the burners, were rusting away, and they would need replacing.

Now, if you had bought a gas kitchen stove [or a barbecue] in North America, chances are the same store or hardware might sell replacement parts, but this is not so in the small towns of Ecuador. So instead, you will probably find that kind of thing being sold on the street under a carpa [canopy] along with a lot of other handmade tools and sundry items that defy identification until, of course, you suddenly find yourself in need of one of the strange-looking items.

I soon learned that the pipes for a four-burner stove come in sets [of four], but I had no idea they were handcrafted to fit the stoves sold in the area where the stove was purchased. Suppose I had known that indeed I would have bought a set for my beloved, oversized gas camp stove that is so light and easy to move because it has no oven. Instead, the oven I use is a separate metal box that sits on top of one of the burners. It is perfect for all my baking and roasting needs. I have even made pizza in it.

So, not surprisingly, after three years on the coast where there is a lot of sea air, I noticed the burner I use the most for baking my pan de yuca oxidized away and needed replacing. But I no longer live in the town where I bought the stove, and as it turns out, this will pose a problem. However, I have lived in the small towns of Ecuador long enough now to know how to find the things I need quickly; you ask the vendors on the street or at the market, and they directed me to the Maestro of gas stoves.

Before going on my scavenger hunt, I was clever enough to measure and write down the length of the replacement gas pipes I needed. The Maestro I was directed to quickly produced a set of lines from his backroom, but I had neglected to bring either my tape measure or the old pipes from the stove. That turned out to be my first mistake because the so-called Maestro had no tape measure. Now what kind of Maestro of bending and cutting metal tubing has no way to measure what he cuts?

I always make mistakes here in Ecuador; the first time, I try to do anything that I have not done before, and they are always because I forget things are just done differently here. The next mistake I made was I decided to take his word for it when he assured me ALL similar four-burner stoves were the same when it came down to the length of the gas pipes. Of course, in North America, that could very well be the truth, but I guess I temporarily forgot I’M NOT IN NORTH AMERICA!

He wanted $12 for the tubes. The last mistake I made was that when I handed him $15, he could not make the $3 change, and I had to wait while he went up and down the street to find someone who would break the five-dollar bill. This happens a lot in Ecuador, but it turns out that this was the final tip-off that this guy was not a Maestro at all but just a go-for guy who sources stuff from other people who made them. No wonder he had no tape measure. He told me he had been doing this [work] for 30 years, but whatever work it was, it could not have been cutting, bending, and fitting gas pipes because when I got the lines home, I discovered the two short ones for the front burners were a half-inch too long, and the longer pair were an inch and a half too short.

My next impulse was to take the set of pipes back and exchange them for a set that would fit, but it became pretty clear pretty quickly that this Maestro would not produce a set of pipes that would do because he was not the person who made them. So my next idea was that maybe I should get a refund, but you guessed it, no refunds, of course, were going to be forthcoming from a guy who can’t make change for a five-dollar bill. So then he offered to get a replacement set of pipes, but the source was in another little town, and he would not be able to go there until next week, and he needed more money to cover the cost of the trip.

So not knowing what else to do, I made the final lousy decision of judgment. I agreed to come back four days later. Well, when I returned four days later to learn that he had not made any effort to get the correct pipes, that was the last straw. I had to finally accept that this guy was just an opportunist who was out to make a fast few bucks on some stove parts he had around the house and who was at best a Juan(Jack in the states) of all trades and a Maestro of none. I would not get my twelve dollars back, and my four-burner stove had now been reduced to a two-burner. But worst of all, I was stuck with parts for a stove that was the wrong size. All I felt I could do was go home without my parts and without my refund and sleep on it.

But the following day, I woke from a restless night with a changed attitude. Something had changed in me. It was like the Popeye effect where you say to yourself out loud, “That’s all I can stand, I can’t stand no more.” I knew I would get nowhere with this guy, so I decided to pick up the parts for the stove and somehow use them. It is amazing how once you decide to take matters into your own hands, the perfect path that was unclear before seems just magically to appear.

No, I certainly would not put the stove out on the street and buy a whole new stove. I had to come to grips with the fact that no Maestro was coming to save me and my stove. It turns out in the end; the solution was pretty simple. It was decided to rely on my ingenuity about something I had never done before that was challenging.

So with the aid of a hack saw I had in my meager toolbox to cut the pipes I had bought for twelve dollars, some semi-rigid black plastic tubing I found in the street, to extend the length of the pipes and a couple of clamps the stove was working like new again.

As a caveat for anyone wanting to try this at home themselves, I was careful not to have the plastic pipe near the burner end of the tube where it might melt. Also, there is no danger of a gas leak because the gas that is directed through the pipe to the burner from the nozzle at the on-off knob is at the same pressure as the ambient air in the room, so the clamps I used were perfectly adequate.

Culture Shock happens in different countries, but it can also occur in other parts of the country. For example, the South in the United States is significantly different than the North. Here in Ecuador, there are four significant regions Coast, Andes, Amazon, and Galapagos. All for have very different cultures.