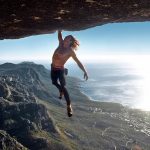 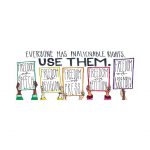 Cocaine Bear was briefly famous in 1985, when it was found dead after eating roughly $15 million worth of coke from a duffle bag dropped from a drug smuggler’s airplane. The smuggler/Cocaine Cowboy Andrew Carter Thornton II, was the wealthy son of an elite Kentucky horse-breeding family. According to a display at Georgia Bureau of Investigation headquarters. Thornton fell to his death when he bailed out of the plane and got he was caught in his parachute and didn’t deploy his backup parachute until it was too late.

Thornton’s body was found in a driveway in Knoxville, Tennessee. Nine coke-stuffed duffle bags were eventually recovered along his plane’s flight path. Cocaine Bear was found three months later, in the woods just south of the Tennessee-Georgia state line, sprawled next to the ripped-open 10th bag. All of its coke — about 76 pounds — was gone. The official toxicity limit for humans is about 1.2 grams of cocaine depending on body weight.

Bears have an excellent sense of smell, better than dogs, or possibly any other mammal.

“Its stomach was literally packed to the brim with cocaine. There isn’t a mammal on the planet that could survive that. Cerebral hemorrhaging, respiratory failure, hyperthermia, renal failure, heart failure, stroke. You name it, that bear had it.”

The bear looked good despite its catastrophic demise, so it was stuffed and put on display at a local recreation area — without reference to its awkward past. But the bear’s history was known to a few, and it somehow found its way into the hands of a Nashville pawnbroker. He sold the bear to outlaw country star Waylon Jennings, who gave it to a Las Vegas hustler who was familiar with Andrew Thornton. When both Jennings and the hustler died, the bear was bought by a Chinese herbalist in Reno.

When the herbalist died, his widow kept it — until she was tracked down by Griffin and Whit. She gladly gave them the bear, who arrived in the Fun Mall in August 2015.

“You wouldn’t think that a Cocaine Bear would be for all ages, but kids love it,” said Griffin. “Everybody wants their picture with Cocaine Bear.” The Fun Mall has a liberal policy with shutterbugs, who are encouraged to come into the store (a former parachute factory) and take as many photos with the bear in as many ridiculous poses as they want.

Griffin and Whit are attentive parents to their furry showpiece. Cocaine Bear is given regular cleanings and outfitted with a Kentucky hat and an oversized gold chain. Dangling from its neck is a flashy sign that gives the bear’s proper name (“Pablo EskoBear”) and ends with this warning: “Don’t do drugs or you’ll end up dead (and maybe stuffed) like poor Cocaine Bear.”