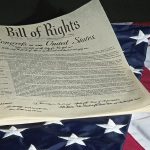 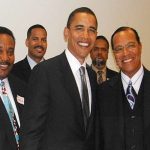 Brazil is a Portuguese speaking country in the tropics of South America and was settled by Portuguese and slaves from Africa and both groups brought with them very distinctive cultural norms that together make Brazilian music unique on the world stage.

The Samba is the style most often associated with Brazil, and from which the Bossa Nova evolved, although it has been described as less percussive and more harmoniously complex. The name Bossa Nova is generally considered to mean ‘New Trend’ and in Brazil, the word bossa was synonymous with anything that was cool and hip.

Its first rhythms were born on the tropical beaches in Rio de Janeiro (Copacabana, Ipanema, and so on) in the last years of the 1950s. In the period, groups of students, musicians and artist would gather on the beaches and create new sounds – a combination of the most widely spread styles in the time

Bossa Nova’s biggest hit and signature tune “The Girl from Ipanema” was released, with João Gilberto on guitar and Portuguese vocals. João Gilberto was a Brazilian singer, songwriter, and guitarist, who was a pioneer of the musical genre of bossa nova in the late 1950s. Around the world, he was often called “father of bossa nova”.

“Garota de Ipanema” revolves around an interesting story and an anecdote. The writers of the song made it for a beautiful green-eyed girl with long, black hair from Rua Montenegro. There is an anecdote saying that the girl, named Helo, even sang the song after it became famous, without knowing that she was the inspiration behind it

When sung by female artists the song has often been rendered as “The Boy from Ipanema”.

At the age of 17 Helô Pinheiro, Pinheiro became the source of inspiration for the song “The Girl from Ipanema” when songwriters Antônio Carlos Jobim and Vinicius de Moraessaw her strolling to the beach in Ipanema, her native neighborhood in Rio de Janeiro.

Pinheiro became a Brazilian Playboy Playmate in 1987 and once again in 2003  when she did a pictorial along with her daughter, Ticiane Pinheiro.

The first verse of the song is:

“Tall and tan and young and lovely
The girl from Ipanema goes walking and
When she passes, each one she passes goes, ‘ah’”