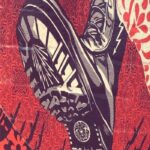 Dancing Naked in the Mind Field

This 1998 book Dancing Naked in the Mind Field is a collection of essays and amusing anecdotes reminiscent of Feynman’s “Adventures of a Curious Character.” The author, Kary Mullis, who died August 07, 2019(right before Covid), won the 1993 Nobel prize in Chemistry for inventing PCR (polymerase chain reaction), which is very much in the headlines today due to the current COVID-19 pandemic. The 22 chapters cover a wide-ranging number of topics, but an underlying theme can be found in 4 of the chapters. The critical point of these 4 CHs is that science is increasingly corrupt (in a way, science is a victim of its own success), and society now accepts “scientific pronouncements” like it once did religious edicts. Unfortunately, the public isn’t aware that ~50% of science/medicine is WRONG, i.e., we should never blindly believe the so-called “experts”.

1) “What happened to the Scientific Method”:

Mullis says science was originally done by amateurs who were driven by curiosity. But the spectacular success of science has led to it becoming an industry (esp. medicine which is the most corrupt field) where money matters more than scientific truth. Science, though, was successful in the first place because it was based on verifiable evidence, not dogma like (increasingly) today.

Mullis dismisses ozone hole depletion (due to freon), global warming (due to human CO2), and the AIDS crisis (due to HIV) as scientific hoaxes meant to generate high funding. He says scientists shouldn’t bother us with such concerns unless they have REAL (verifiable) evidence. However, scientists who perpetrate these hoaxes aren’t necessarily “lying”- some of them genuinely believe in their cause- despite the lack of evidence- due to Group-Think and self-serving BIAS. In this scenario, NASA was facing an uncertain future in the 1980s, so they “invented” human-caused global warming to justify their existence. (Mullis doesn’t “deny” global warming- he denies a human role in it because natural variation has historically been so extreme.) Likewise, the CDC had become irrelevant by the late 1970s and the “AIDS crisis” gave them a new lease on life even though HIV has never been proven to cause AIDS.

Mullis’ point seems even more relevant today: the vast majority of scientific/medical funding is wasted- e.g., most of the funding for cancer, autism and Alzheimer’s, etc., is spent on USELESS genetic studies in mice that will never lead to any effective treatment- only more mice studies! The problem is made even worse by the diminishing returns of scientific investment. The “easy” problems were solved long ago, and the remaining ones (like understanding the natural causes of climate change and the human genome) may be beyond our comprehension. (E.g., human DNA is comprised of 3 billion base pairs- only 2% of which are genes- the rest is either “junk DNA”- a notion which Mullis also dismisses- or has some other purpose like epigenetic modification. So, the genome is barely understood today and may remain so indefinitely.) Science, therefore, has to resort to HYPE (AI, quantum computing, etc.) and HYSTERIA (AIDS, global warming, and now COVID-19) to increase funding. In reality, the end of Moore’s law means that scientific and technological progress will likely stagnate.

Mullis says he became an “HIV-denialist” after learning there’s no proof that HIV causes AIDS (which remains the case today). Mullis says HIV has become a “cash cow” for the medical industry, and many patients are dying from the “treatments,” not HIV. Hundreds of billions of dollars have been spent on the HIV=AIDS dogma. (I bought this book in the first place because I recently read “Virus Mania”, which has numerous quotes from Mullis about HIV and PCR.)

Mullis dismisses global warming as a ploy to attract more funding. He notes that natural variation accounts for global warming and inevitable global cooling (the coming ice age). I wish I’d read this book years ago because it could have saved me a lot of grief. In 2006, I saw Gore’s “Inconvenient Truth” and became a CO2 alarmist. After years of worry, I became a CO2 skeptic because I finally realized what Mullis already knew back in 1998. There’s no proof that human CO2 drives climate (computer models are NOT proof), and natural variation explains everything. There’s no reason to expect natural variation to be hospitable to us: the 1930s were arguably warmer than today and had the Dust Bowl; the 1870s had severe multi-year droughts in which up to 50 million people died! So Mullis was right- CO2 hysteria is driven by scientists who want funding. It’s also driven by socialists who use it to justify their political agenda, and it’s become a substitute religion in an increasingly secular world (especially for the intellectual “elite” who tend to be militant atheists).

Mullis criticizes particle physics and cosmology for increasingly being overly speculative and useless fields (that can now never be experimentally verified). He suggests that 90% of scientific funding should be focused instead on detecting/preventing another meteorite strike like the one that killed the dinosaurs. In fact, there may even be some urgency to this: in “Our Cosmic Ancestry in the Stars,” Wickramasinghe, an astronomer who worked with Fred Hoyle, hypothesizes that Earth is struck by comets every ~1500 years, which cause widespread damage and climate shifts. He predicts another strike in ~2040. (This may also be junk science, but at least it makes a verifiable prediction.)

In these four chapters, Mullis identified the KEY problem of our modern age and found the FIX: give scientists something USEFUL to do to keep them out of trouble! Unfortunately, this critical insight is dismissed by most readers because Mullis also confesses to being open to UFOs, astrology, and astral travel and admits to heavy drug use.

If you enjoy this, you will enjoy the article below.

WHY THE LEFT MUST DESTROY FREE SPEECH… OR BE DESTROYED

Why The Left Must Destroy Free Speech… Or Be Destroyed