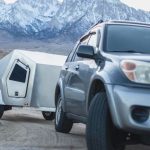 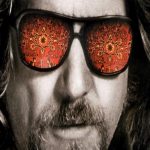 HOAXED is an insider’s look at the Fake News phenomenon and the consequences of media misinformation, with interviews from those who have been accused of spreading it themselves.

We all know the feeling of logging onto the Internet and reading fake news stories. The latest fake news story is that Joy Reid’s computer was hacked by time travelers(Joy just likes to suck dick). Fake news is a simulation, that is, an artificial construct of reality. What we know as “the news” simply isn’t true.

Hoaxed is a crowd-funded documentary produced by Cerno Films (Mike Cernovich). Cernovich’s last film about free speech included icons like Alan Dershowitz, Candace Owens, and Scott Adams. Hoaxed, if you can believe it, has an even greater cast.

This documentary is incredibly rich in texture – and it covers a huge amount of territory. The subject, the “Men’s Rights Movement,” has never been dealt with before in film, so “The Red Pill” becomes the go-to introduction to the people, organizations and even ideas associated with this movement that are not only ignored in documentaries but are given zero attention in the education system as well. The greatest surprise is the story of Erin Pizzey, a pioneer for women’s welfare who, because she sought to help end domestic violence in all its manifestations became a pariah to thought-leaders and workers who control the domestic violence social work industry. The clips of the bizarre protests by political agitators against academic lecturers who promote human rights (for all people) are disturbing, yet are informative and valuable in shedding light on the fanaticism of extremists. The director, Cassie Jaye, is unusually modest and fair, yet at the same time is stubbornly honest and steadfast in her search for overlooked facts, no matter how unfashionable they may be. Highly recommended. Genuinely educational.

Hillary’s America: The Secret History of the Democratic Party

Amazing movie. A movie written and back by historical facts and evidence. Things you’ll never read and learn in history class. Things that have been left out so students can make up there own mind after given all evidence and full history of our nation. American history, lost to political agenda and on both sides, republican and democrat. I Watched this movie not knowing what to expect never reading what the plot was for the movie. The start of the movie was not what I expected but later on realized why it had begun that way. It was a movie that starts you off that you as if you knew nothing of the democratic party. I can tell you by the end I sat there with my mouth open thinking No way that’s crazy. I went home and researched for myself there facts and all was true. No deceptive lies but truth. Watch the movie and judge for yourself.

Death Of A Nation

Historical Facts are Hard to Deal With Sometimes

If you’ve been fed a narrative by your professors and leftist media in America and aren’t open to historical facts that fly in the face of your ideology, you will like 31% of the people in this country, hate this movie. If you are open to what history is teaching us so we can develop as people and change the way we conduct our business then you will appreciate this film. It’s easy to read the reviews and determine who certain people voted for because like all leftists, they attack the quality of the film yet none can attack the content and prove any of it incorrect. That’s the side of history I prefer to be on personally. This film as well as Hillary’s America opens your eyes in big ways. I show these movies to as many people as possible.

“The law dictates how much politicians can collect in campaign contributions, limits their ability to make money on the side, and requires the disclosure of those contributors. Hopefully, politicians are also limited to some extent by their conscience. A sense of decency and good judgment ought to prevent politicians on both sides of the aisle from engaging in certain transactions—even if they think they can get away with it.”

This movie exposed the quid pro quo manner in which the Clinton’s thru their foundation profit. They solicit funds from both foreign and domestic sources and pay them off with political favors. It is a very inconvenient truth that both Bill and Hillary have steadily gained wealth and power without “earning” it. Is the movie perfect, no it makes several inferences that are not directly supported by the facts. However, the preponderance of the evidence does support the old adage that where there is smoke their is fire. Documentaries are by their nature dry, but this was the highest-grossing documentary in 2016 for a reason. If you want to be informed about the Clintons and not rely on sympathetic mainstream media coverage, then you should see this movie.

This film is possibly an astonishing eye opener for many people. For others who know the truth already, or at least know the corruption that is rife among the people with power, this film supplies even more substance. It is not completely infallible, but it doesn’t claim to be so. It simply provides factual information, that we the ‘sheep’ – a good few billion of us, shouldn’t be allowed to know. Everyone should see this film & decide for themselves whether what is being portrayed is in fact the way forward or a load of baloney. I personally think it is something worth delving more deeply into, that is my opinion only. By the way, for those people who suggest that to be led by this type of film shows naivety or stupidity or both, open your eyes. Even if this film isn’t entirely correct, its honest & its very interesting & more so its worth watching. Watch & decide for yourself, Im 100% with it.