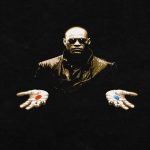 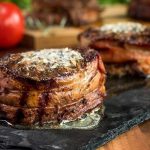 You can watch it a million times, and yet, it will never get old The Big Lebowski is the type of movie that is so funny, and so clever, you want nothing more but to meet the Coen brothers, congratulate them personally for their unique talent, and get inside their heads and find out what makes these two geniuses “tick”. The main characters are Jeff Bridges(The Dude), John Goodman (who should have won an Oscar for best-supporting actor for his character, Walter Sobchak)Juliane Moore (Maude Lebowski), and Steve Buscemi (who is unique in every Coen Brother movie).

The first time I saw this movie, I will admit that I enjoyed it, but did not fully appreciate its level of humor and raw talent. I thought the middle section was a bit too depressing and long. But trust me, this is a movie that gets funnier every time you see it, even if it’s your thousandth time seeing it. Its level of comedy, action, brutality, and vulgarity becomes that much more evident and important.

The characters are brilliantly written by the Coen brothers, and, likewise, are brilliantly portrayed by the actors. The Big Lebowski is like no other film. There is no other film that is sharp and witty all the way through. One of the Joel and Ethan Coen’s best, and one of the movie industry’s best comedic films of all time. You want to go see this film.

Yep, this movie made me laugh so hard at one stage I inhaled a piece of popcorn.

“I Used To Use This Little Gun When I Was A Prostitute.” Red

This movie is excellent, It has so many funny moments you’ll be laughing through the whole thing. I’d even go as far as to say that it’s funnier than superbad. James Franco gives a spectacular performance as a lazy stoner, at times I believed he was actually under the influence…hmmm. Seth Rogen once again proves he can put on as good a comedic performance as the veteran comics such as Jim Carrey and Will Farrel, His career will definitely go a long way. The supporting cast was great and made me laugh a lot which is good since usually, you’d be relying on the main actors for a laugh.

This Is The End

Is this movie silly? Yes. Is it packed with toilet humor? Yes. Do you see the erect (and later, flaccid) penis of a monster? Yes. Is there an important take-home message you get from watching it? Absolutely not. So why am I giving it 10 stars? Because it made me laugh uncontrollably. Maybe I’m different but even cheap laughs are good laughs.

James Franco: Your mama’s pussy was the canvas, your dad’s dick was the paintbrush. Boom. You’re the art, huh?

James Franco: You got it.

If two chicks sitting in stalls playing ‘Battleshits’ while the two Indian and Asian ‘heroes’ hide between them suffering the sounds and smells of scatological low humor sounds funny to you, then you should consider seeing ‘Harold and Kumar Go to White Castle.’

Employee: You guys might have wanted to stay away from our special sauce tonight. Me and Pookie, we added a secret ingredient. I’ll give you a hint. It’s semen.
Harold: Semen.
Employee: Animal semen.

Cheech And Chong’s Next Movie

This movie is fun to watch, doesn’t have much of a plot (well, there isn’t a plot), but there are good jokes and situations that you will laugh at. The basic storyline is Cheech is trying to have a nice date, while Chong is partying with Cheech’s cousin (They smoke dope, go in a music store, a massage parlor, a comedy club, and even go into someone’s house they don’t even know!

Jay and Silent Bob Strike Back

Chaka’s Production Assistant: [after asked to get a new clean latte] Here’s your coffee sir, booger-free.
Chaka Luther King: [slaps it out his hands] Get that shit the **** out of here

So anyway, it’s a pure slapstick humor road movie. But unlike most slapstick comedies, this one’s actually funny…extremely funny. Jay and Silent Bob find out that a movie is being made from a comic book (Bluntman & Chronic) that was based on them. They set off for Hollywood intending to stop it. Kevin Smith manages to pack so many jokes into what could have been another predictable, boring road comedy, that it’s head and shoulders above the competition. I’m gonna have to go see it again, to make sure I didn’t miss any jokes. Smith once again is showing off his incredible writing skills. Some people may not believe that any movie full of crude, R-rated humor is well written, but it is. Not only is it incredibly funny, but there are intelligence and wit behind it that is unmistakably Kevin Smith’s.