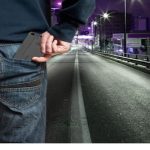 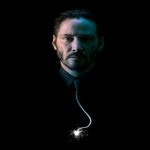 Cab driver Max Durocher picks up a gray-suited man named Vincent. Vincent offers him a large sum of money to drive him to five locations around LA before the night is up. Max accepts but soon realizes that Vincent is a hitman who has been hired to kill five people that night. Tom Cruise and Jamie Foxx are incredible in their roles in “Collateral”. They have refreshing and effective performances that bring the movie to the next level. Director Michael Mann managed to capture a different vision of LA, one of unease and uncertainty. That, together with an excellent music score and well-staged action make “Collateral” a superb film.

This film follows the daily life of two young police officers in LA who are partners and friends, and what happens when they meet criminal forces greater than themselves. Directed and written by David Ayer, “End of Watch” is a thrilling and suspenseful drama shot in a documentary-style. Additionally, it has two great performances by Jake Gyllenhaal and Michael Peña. They are both convincing and create a lot of empathy for the audience. A must watch if you love tension and twists.

This movie tells the story of the decade-long hunt for al-Qaeda leader Osama bin Laden after the attacks in September of 2001. The main character, Maya, is a CIA operative pursuing leads to uncover the heading place of the terrorist leader. Besides raising important questions mainly about the use of torture, “Zero Dark Thirty” has a lot of action. Furthermore, Jessica Chastain has an incredible performance as Maya. This is a captivating and intense film with phenomenal editing, great music, and a fantastic (mostly) true story.

“Traffic” is an intertwined drama about the USA’s war on drugs. We follow a once conservative judge (now newly-appointed drug czar), his heroin-addicted daughter, two DEA agents, a jailed drug kingpin’s wife, and a Mexican cop who begins to question his boss’s motives. Director Steven Soderbergh created a fresh and thrilling movie using famous Hollywood stars and a unique direction plan. Because he shot it with a handheld camera, the film is visually very different from traditional films. Moreover, Benicio Del Toro, Erika Christensen, Michael Douglas and Catherine Zeta-Jones have astounding performances.

CIA agent Roger Ferris (Leonardo DiCaprio) is on the ground in Jordan hunting down a powerful terrorist leader. However, he is caught between the unclear intentions of his American supervisors and Jordan Intelligence. “Body of Lies” tries to answer the question “who can you trust in a time of war?” in an engaging and intelligent way. Director Ridley Scott tells a solid, wonderfully entertaining story and gets thrilling performances from Russell Crowe and DiCaprio. Though the plot is indeed complex, with many layers and sub-layers, Scott never lets you lose sight of the overall picture.

An unprecedented blend of real-life heroism and original filmmaking, Act of Valor stars a group of active-duty Navy SEALs in a powerful story of contemporary global anti-terrorism. Inspired by true events, the film combines stunning combat sequences, up-to-the minute battlefield technology and heart-pumping emotion for the ultimate action adventure. Act of Valor takes audiences deep into the secretive world of the most elite, highly trained group of warriors in the modern world. When the rescue of a kidnapped CIA operative leads to the discovery of a deadly terrorist plot against the U.S., a team of SEALs is dispatched on a worldwide manhunt. As the valiant men of Bandito Platoon race to stop a coordinated attack that could kill and wound thousands of American civilians, they must balance their commitment to country, team and their families back home. Each time they accomplish their mission, a new piece of intelligence reveals another shocking twist to the deadly terror plot, which …

Gun That Folds Up to Look Like a Cellphone