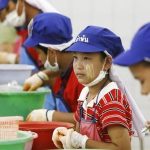 With the recent changes in the world’s political landscape, the differences between liberal and conservative ideologies have amplified and war (of words, on the internet) is raging. Or, maybe the increased popularity of social media, which allows people to safely rant whilst hiding behind their virtual profiles, has put this conflict in the spotlight.

So, the differences in political views and the accessibility of the internet, which connects people from both sides of the aisle, led to the creation of tens (or maybe hundreds) of lists with companies that conservatives and liberals should boycott or support, depending on those companies’ perceptions as being liberal or conservative. What’s interesting is that, while many differences, there were also similarities. For example, both liberals and conservatives like Amazon.com, Inc. (NASDAQ: AMZN) On the other hand, liberals like Pepsi more than Coke (and vice-versa for conservatives), and conservatives are more likely to shop at Wal-Mart, while liberals buy their groceries at Target.

It is perhaps no surprise that President Trump’s company is considered one of the most conservative companies in the world! Since 2016, The Trump Organization is about 500 business entities, of which Donald Trump is the sole or principal owner. Around 250 of these entities use the Trump name.
The Trump Organization is best known for its hand in the New York (and global!) real estate business. However, the company has also had its hands in the past casino, entertainment, and travel industries.
In 2016, using money generated by The Trump Organization, Donald Trump and his family could finance Trump’s presidential campaign. The Trump Organization has become increasingly more political. Since being banned from most social media, he is jumping into that arena and expected to get a massive following to his new platform. You can view his latest post on his site Trump Desk

Chick-fil-A is the best run fast food restaurant in the world! The employees who work there are friendly, kind, and helpful, treating you as if you are their best friends. They ask for your name, and they will bring the food to your table, calling you personally by your name. Their restaurants are the cleanest in the industry, since there is always someone cleaning. And their food! You actually get real chicken! I just love their Chick-fil-A chicken sandwich with waffle fries.

Another delicious restaurant Cracker Barrel was founded in 1969 by Dan Evins, a sales representative for Shell Oil, who developed the restaurant and gift store concept initially as a plan to improve gasoline sales. Designed to resemble the traditional country store that he remembered from his childhood, with a name chosen to give it a Southern country theme, Cracker Barrel was intended to attract the interest of highway travelers. The first restaurant was built close to Interstate 40, in Lebanon, Tennessee. It opened in September 1969, serving Southern cuisine including biscuits, grits, country ham, and turnip greens.

Urban Outfitters is a lifestyle retailer dedicated to inspiring customers through a unique combination of product, creativity, and cultural understanding. Founded in 1970 in a small space across the street from the University of Pennsylvania, Urban Outfitters now operates over 200 stores in the United States, Canada, and Europe, offering experiential retail environments and a well-curated mix of on-trend women’s and men’s clothes, from boho dresses, denim and graphics to shoes, hats, and backpacks, as well as beauty, intimates, swim and a collection of handpicked vintage clothing. Urban Outfitters also carries everything you need to decorate your small space, apartment, or dorm, with a UO Home collection that includes bedding, tapestries, rugs, shower curtains, and furniture. Our Music + Tech collection is a go-to destination for vinyl, record players, and tech accessories.

In 1970, entrepreneurs David and Barbara Green, along with their young family, began making miniature picture frames in their garage. A few years later, on August 3, 1972, the Green family opened the first Hobby Lobby store with a mere 300 square feet of retail space. Hobby Lobby has not stopped growing since.

• We believe that it is by God’s grace and provision that Hobby Lobby has endured. God has been faithful in the past, and we trust Him for our future. We are committed to:
• Honoring the Lord in all we do by operating the company in a manner consistent with Biblical principles.
• Serving our employees and their families by establishing a work environment and company policies that build character, strengthen individuals, and nurture families.

Sturm, Ruger & Co., Inc. is one of the nation’s leading manufacturers of rugged, reliable firearms for the commercial sporting market. With products made in America, Ruger offers consumers almost 700 variations of more than 40 product lines. For more than 70 years, Ruger has been a model of corporate and community responsibility. Our motto, “Arms Makers for Responsible Citizens®,” echoes our commitment to these principles as we work hard to deliver quality and innovative firearms.

Celebrities, politicians, and news media icons who support Goya Foods is growing. The New Jersey-based, Hispanic-owned company has now been targeted for a national boycott by AOC who was triggered by CEO Robert Unanue and his public support of President Trump.

Mr. Unanue on Thursday said he felt “truly blessed” that Mr. Trump was in the White House, and said he would not apologize for his sentiment during an appearance on Fox News.

James Woods tweeted “Goya Foods CEO won’t apologize in face of boycott, the backlash for pro-Trump remarks: ‘Suppression of speech’ Bob Unanue sets a good example in the fight against liberal terrorism. Don’t let his voice be suppressed. Stand up against these thugs. #BuyGoya,”