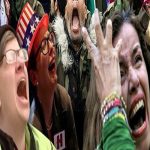 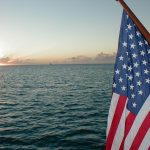 For better or worse, there will always be companies which follow the ideas of liberty and equality, will support projects aimed towards improving such ideals, and will stand up against governments’ attempts to alienate certain rights. Below are companies that follow those liberal standards.

Hypocrisy from the left! Liberal favorite phone. Multiple cases of child labor in its supply chain, including one Chinese company that employed 74 children under the age of 16, in the latest controversy over the technology giant’s manufacturing methods.

Abusive and poor conditions in Chinese factories were highlighted as far back as 2010 when 14 workers killed themselves at Apple’s biggest supplier, Foxconn.

The protests were sparked by a recent NY Times report that said Google gave millions of dollars to some executives in secret exit packages after they were accused of sexual misconduct. Thousands of Google workers walked out of offices around the world to protest the tech giant has handled sexual misconduct by some of its top executives. Strange never heard a peep from #metoo movement.

Google is no longer the best search engine for conservatives and hasn’t been for a while. Google is extremely biased to conservatives, so much so I’ve stopped using it years ago. Let me introduce you to DuckDuckGo. DuckDuckGo does not track your search history and other things as Google does. This is one of the main reasons to go for it. Another point involves the quality of search results. For conservatives, Google does not provide us the quality search results, but in most cases, DuckDuckGo does better when compared to Google.

Jeff Bezos and Donald Trump don’t see eye-to-eye. The CEO of Amazon.com, that is one of the most liberal companies in the US, offered to shoot Donald Trump into space after the then-Republican candidate trashed him, his company and The Washington Post, which is owned by Bezos, saying that the newspaper is what allows Amazon to avoid paying taxes. Trump also called Amazon a “no profit company”.

To some conservatives, Starbucks is a force of liberal imperialism, invading their towns, misspelling their names, and suggesting they talk about diversity. Starbucks is mediocre coffee, dry pastries and hate-filled racist employees make it an easy place to boycott.

Selling all your private information to China. Facebook has data-sharing partnerships with at least four Chinese electronics companies, including a manufacturing giant that has a close relationship with China’s government.

My news feed is a mess, constantly, both in terms of the content contained there and how it’s presented. I’m not just seeing posts these people make, I’m seeing notifications that they’ve responded to comments on meme pages, or are being tagged in photos by people I’ve literally never heard. If that isn’t bad enough my feed would also fill up with animal abuse video and this was after I liked some pet rescue pages.

This is nothing new for Netflix. Employees at the video-streaming company sent 98% of their donations to Democrats in 2016 and 99.6% in the 2018 midterm elections. The biggest individual recipients of Netflix employee funds for this cycle were Sen. Bernie Sanders and Sen. Elizabeth Warren in the primary. Then comes Biden, followed by Pete Buttigieg, the former mayor of South Bend, Indiana. Netflix CEO Reed Hastings donated to Buttigieg and Biden, according to records from OpenSecrets and the Federal Election Commission.

By far the biggest recipient of Netflix employee money has been the Senate Majority PAC, a political action committee that’s “solely dedicated to building a Democratic majority in the U.S. Senate,”

Threats, vile abuse, and harassment have become a key part of Twitter’s brand, but only a select few offenders are punished or banned.

Twitter’s liberal bias comes in many forms, from letting progressive stars get away with almost anything to “moments” meant to frame the news narrative.

“We have a lot of conservative-leaning folks in the company as well, and to be honest, they don’t feel safe to express their opinions at the company,” Dorsey said. “They do feel silenced by just the general swirl of what they perceive to be the broader percentage of leanings within the company, and I don’t think that’s fair or right.”

Want to know where to spend your hard-earned money, here are the 6 most conservative companies in America.