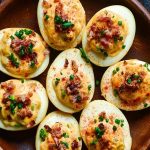 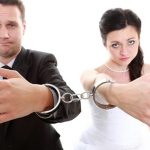 What does it feel like to lose $450,000,000 in bitcoin??? James Howells tries not to let it get to him. And strictly speaking, he knows precisely where his fortune is. It’s under 300,000 tons of garbage at a landfill in Newport, South Wales.

In 2009, Howells set an old laptop to mining bitcoin. Back before, you needed specialized hardware and eventually amassing up 7,500 coins. He later broke up the computer into parts to sell on eBay. He kept the hard drive tucked away in a drawer in case of bitcoin ever did take off. Four years later, he’d forgotten about it, and during a cleanout, the hard drive was accidentally tossed, presumably landing in Newport landfill.

Why isn’t he frantically digging through refuse? For that matter, why aren’t you?

The council won’t allow it; it’s dangerous and difficult. “James hasn’t tried to search for the hard drive yet and hasn’t been given permission to look. Despite having financial backing in place and engaging the local council several times,” Howells tells me via email. “Digging up a landfill is not as easy as just digging a hole in the ground.” It would require diggers, plenty of specialist help, and, Howells says, be the first such excavation that wasn’t related to a criminal investigation in the U.K. – through such an effort has been done in the U.S. to retrieve dumped E.T. Atari cartridges(E.T. cartridge sold at auction was $1,535)

Newport City Council said it has been “contacted in the past about the possibility of retrieving a piece of I.T. hardware said to contain bitcoins.” But the costs of digging up the landfill would run into the millions. It would cause a “huge environmental impact on the surrounding area.” And there’s no guarantee the drive would be found or still work.

Spokesperson said. “It is likely that the hardware would have suffered significant galvanic corrosion. Howells believes bitcoin will eventually be worth so much they will have no choice but to let him search. “And obviously, they would get a nice percentage as a gift or donation.”

Howells still has the public address, so he can check that his coins haven’t moved. If someone found the hard drive, the data is encrypted, so you’ll need his help either way. “If they ever moved, I would know,” he says. “It’s a little like looking at your bank account containing millions of dollars but not being able to spend it.” If you doubt his good humor about the whole story, he follows that statement with a “lol.”

Howells is always aware of the bitcoin price, but not because of his missing treasure. “I have multiple tickers running with prices in different fiat currencies, but that’s not because I’m obsessed with the price because of my lost coins,” he said. “I’m still active in the bitcoin space and still involved with bitcoin and cryptocurrencies on a day-to-day basis promoting, tweeting, trading, development, research, learning.”

Mike Novogratz provides the most conservative estimate of all our featured predictions, with his upper limit of $60,000 giving Bitcoin a total market cap of just over $1.1 trillion – still only a fraction of that of gold.

The creator of the Stock-to-Flow model – a pseudonymous investor who is known simply by the name “PlanB” – has used the model to forecast that Bitcoin will reach $100,000 by December 2021, and could reach as high as $288,000.