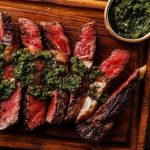 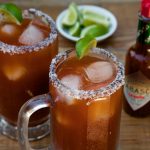 Saul Alinsky wrote the playbook that the radical left is using. Know your enemy.

There are 8 levels of control that must be obtained before you are able
to create a social state. The first is the most important.

1) Healthcare–Control healthcare and you control the people

2) Poverty–Increase the Poverty level as high as possible, poor
people are easier to control and will not fight back if you
are providing everything for them to live.

3) Debt–Increase the debt to an unsustainable level. That way you are
able to increase taxes, and this will produce more poverty.

4) Gun Control–Remove the ability to defend themselves from the
government. That way you are able to create a
police state.

5) Welfare–Take control of every aspect of their lives (Food, Housing,
and Income)

7) Religion–Remove the belief in God from the Government and
schools.

8) Class Warfare–Divide the people into the wealthy and the poor.
This will cause more discontent and it will be easier
to take (Tax) the wealthy with the support of the poor.

Both Obama and Hillary worship at the Alinsky Altar.

DOES ANY of THIS SOUND FAMILIAR?