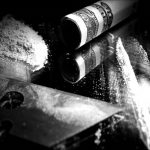 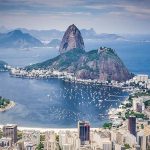 The Bill of Rights is the first 10 Amendments to the Constitution. It spells out Americans’ rights in relation to their government. It guarantees civil rights and liberties to the individual—like freedom of speech, press, and religion. It sets rules for due process of law and reserves all powers not delegated to the Federal Government to the people or the States. And it specifies that “the enumeration in the Constitution, of certain rights, shall not be construed to deny or disparage others retained by the people.”

Amendment 1
– Freedom of Religion, Speech, and the Press

Congress shall make no law respecting an establishment of religion or prohibiting the free exercise thereof, or abridging the freedom of speech or of the press, or the right of the people peaceably to assemble and to petition the government for a redress of grievances.

The First Amendment provides several rights protections: to express ideas through speech and the press, to peacefully assemble or gather with a group to protest or for other reasons, and to ask the government to fix problems. It also protects the right to religious beliefs and practices. It prevents the government from creating or favoring a religion.

Amendment 2
– The Right to Bear Arms

A well-regulated Militia being necessary to the security of a free State, the right of the people to keep and bear Arms shall not be infringed.

The Second Amendment protects the right to keep and bear arms.

Amendment 3
– The Housing of Soldiers

No soldier shall, in time of peace, be quartered in any house without the consent of the owner, nor in time of war but in a manner to be prescribed by law.

The Third Amendment prevents government from forcing homeowners to allow soldiers to use their homes. Before the Revolutionary War, laws gave British soldiers the right to take over private homes.

The right of the people to be secure in their persons, houses, papers, and effects against unreasonable searches and seizures shall not be violated, and no Warrants shall issue but upon probable cause, supported by oath or affirmation, and particularly describing the place to be searched and the persons or things to be seized.

The Fourth Amendment bars the government from unreasonable search and seizure of an individual or their private property.

Amendment 5
– Protection of Rights to Life, Liberty, and Property

No person shall be held to answer for a capital or otherwise infamous crime unless on a presentment or indictment of a grand jury, except in cases arising in the land or naval forces, or in the militia, when in actual service in time of war or public danger; nor shall any person be subject for the same offense to be twice put in jeopardy of life or limb; nor shall be compelled in any criminal case to be a witness against himself, nor be deprived of life, liberty, or property without due process of law; nor shall private property be taken for public use without just compensation.

The Fifth Amendment provides several protections for people accused of crimes. It states that serious criminal charges must be started by a grand jury.  A person cannot be tried twice for the same offense (double jeopardy) or have property taken away without just compensation. People have the right against self-incrimination and cannot be imprisoned without due process of law (fair procedures and trials.)

In all criminal prosecutions, the accused shall enjoy the right to a speedy and public trial by an impartial jury of the state and district wherein the crime shall have been committed, which district shall have been previously ascertained by law, and to be informed of the nature and cause of the accusation; to be confronted with the witnesses against him; to have compulsory process for obtaining witnesses in his favor; and to have the assistance of counsel for his defense.

The Sixth Amendment provides additional protections to people accused of crimes, such as the right to a speedy and public trial, trial by an impartial jury in criminal cases, and to be informed of criminal charges. Witnesses must face the accused, and the accused is allowed his or her own witnesses and to be represented by a lawyer.

In suits at common law, where the value in controversy shall exceed twenty dollars, the right of trial by jury shall be preserved, and no fact tried by a jury shall be otherwise reexamined in any court of the United States than according to the rules of the common law.

The Seventh Amendment extends the right to a jury trial in Federal civil cases.

Excessive bail shall not be required, nor excessive fines imposed, nor cruel and unusual punishments inflicted.

The Eighth Amendment bars excessive bail and fines and cruel and unusual punishment.

Amendment 9
– Other Rights Kept by the People

The enumeration in the Constitution of certain rights shall not be construed to deny or disparage others retained by the people.

The Ninth Amendment states that listing specific rights in the Constitution does not mean that people do not have other rights that have not been spelled out.

Amendment 10
– Undelegated Powers Kept by the States and the People

The powers not delegated to the United States by the Constitution, nor prohibited by it to the states, are reserved to the States respectively, or to the people.

The Tenth Amendment says that the Federal Government only has those powers delegated in the Constitution. If it isn’t listed, it belongs to the states or to the people.

Post Views: 658,135
amendment 1and Propertybill of rightsfree speechfreedom of religionLibertyProtection of Rights to LifeThe Housing of SoldiersThe Right to Bear Arms