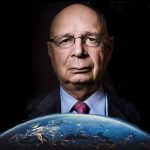 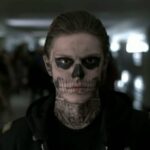 Given all that’s happened, I might have expected overwhelming anger in the country by now, loud calls for answers and apologies, promises that mistakes made in the recent past, liberties taken would not be repeated in the future also may be demands for change many are the dissenting voices I know because i hear them every day but the silencing and ridiculing still goes on what I sense around me most of all now however, is weariness council elections have been held up and down Great Britain and apart from anything else, i think we can agree that turnout was low in some polling stations in hull for example turnout was down at 12 percent apparently in terms of numbers taking part exercising their democratic right, it was a damp squib all over as so often happens in these plebiscites the day-to-day rule of the many has been decided by the relatively few who could even be bothered to vote among that minority are fervently committed activists, of course those who see and know that power belongs to those who can’t be concerned most people are not activists though most people have more than enough to do just keeping their heads above water this depressing state of affairs is hardly surprising despite the media’s attempts to whip up excitement about the results, local council elections have been a lackluster, non-event I think it’s getting worse; however i trotted along to my local polling station and made my marks on the paper It took some effort, though along with so many people, I’m sure I looked at the list of names and parties and thought, what’s the point? What difference will it make? I looked at the characters and knew what the results would be even as I went through the motions of completing my vote.

We hear a lot of use now of the word Orwellian. It refers to the English Journalist and author George Orwell, of course, he of the road to wigan pier animal farm in 1984 and much else besides. I have a podcast in which, for the fun of it, I invite listeners to imagine that reading history is as close to time travel as a person might get. As the years go by, I wonder more and more if George Orwell wasn’t a time traveler for real, so right has he proven to be about where decisions are made. Actions taken in the 20th century would lead future generations. An animal farm is a fable about communism. He predicted the abuse of trust and the exploitation of power. Once the pigs have control of the farm, they immediately take advantage of their situation when the other animals notice that the pigs are taking all the milk and apples for themselves. At the same time, everyone else must eat tasteless slop.

The pig’s pr spokesman, called squealer, explains the move is backed by science comrades. He tells them you do not imagine. I hope that we pigs are doing this in a spirit of selfishness and privilege. Many of us dislike apples. I dislike them myself. Our sole object in taking these things is to preserve our health. Milk and apples science comrades have proved they contain substances essential to the well-being of a pig. We are brain workers. The whole management and organization of the farm depend on us.

I read those lines again and think about the science we’ve heard so much about recently I think to you about all the news stories about how good it will be for us as well to eat bugs and lab-grown meat instead of the good stuff. That’s science, too, don’t you know? Then I read about bill gates being the most prominent owner of farmland in the u.s and wondered if it would be bugs and lab-grown meat produced from all those acres or maybe cattle for sirloins and corn on the cob. For the barbecue?

Who could say energy giant EON recently sent pairs of polyester socks to customers with the message energy down co2 down those literally in control of the power have been telling people to wear more clothes to fend off the cold rather than have heating in their homes, although while this is going on oil and gas companies report record profits and bountiful dividends for shareholders follow the science or follow the money you choose in the animal farm before the revolution the pigs promised the animals that in future they would have electric light in their stalls, hot water as well as cold later on once the pigs have control of the farm such ideas are silenced, napoleon the leader of the pigs says such notions are contrary to the spirit of animalism which is their ideology he tells them the true happiness lies in working hard and living frugal lives. You own nothing, and you’ll be happy.

I read about socks in the mail from energy companies, I read about MPs(politicians) awarding themselves a pay rise above two thousand pounds a year, I listened to Boris Johnson justifying tax hikes, and was asked by a reporter what would you say to families trying to make ends meet buy cheaper food don’t replace clothes turn down the thermostat or turn it off altogether what should people do? Boris Johnson answered people would face choices that they would have to make frugal lives. Napoleon, the pig, would be proud I don’t know about you, but I don’t expect to see Boris Johnson or Sarkir Starmer or the rest of them waiting until the end of the day to hit the supermarkets in search of foods reduced to clear I don’t expect to hear about them choosing between eating and heating.

In 1984 Orwell’s novel about a dystopian future in which the population is kept in a state of perpetual fear on account of endless war with an enemy they never see, he wrote about how inconvenient facts and truth are. Memory hold, which is to say, made to disappear. The protagonist is Winston Smith, who works in the Ministry of Truth, among other state departments. There’s a ministry of plenty which is a ministry of starvation dedicated to keeping the people in a state of perpetual poverty, scarcity, and food shortage. In his booth in the Ministry of truth, there’s a slot in the wall into which Winston must post any document featuring information that’s inconvenient to the government. Such data disappears at that point as though it had never been unless, of course, there comes a time in the future when the information is helpful to the government again, at which point it miraculously reappears.

Big pharma giant Pfizer has just released the following 80,000 pages of data related to the trial of their vaccine, 80,000 pages before barely a word of it is read. Many are the voices insisting it’s time to move on and forget. It turns out you don’t even need memory holes when information can hide in plain sight among a population too wearied and distracted by other more recent problems and fears to pay enough attention. To the very people you would have us move on unquestioning, politicians, journalists. Those who demanded lockdowns longer and harder are now in the habit of lamenting the harm done by such measures all of a sudden. Those who were ardent cheerleaders for the actions done so much harm have the unmitigated gall to fret publicly about the economy. About damage to physical and mental health to children’s education and physical and emotional development. They were the ones shouting loudest that we should suck it up and cancel Christmas to save granny, and the NHS England is information that seems to have been shoveled by the barrel load into the nearest memory hold. I won’t forget, though, and neither will millions of others. Among these ordinary tax-paying law-abiding people are simply and understandably exhausted after two years of fear and anxiety and obeying rules that MADE NO SENSE to them. Many are on their knees in this climate of exhaustion came the local elections, and surprise, surprise, most people had energy only for going to work and feeding their families, and in this way, innervating patterns are repeated.

Another writer, Elena Gorakova, wrote a memoir about life in the soviet union called a Mountain of Crumbs in it. She described how the population was ground down by fear, want, and hardship until people found they could cope best by pretending. The joke about the relationship with the state boiled down to they pretend to pay us, and we pretend to work. The state was lying to the people. The people knew they were being lied to the state knew that people knew they were being lied to. And still, the state lied. It was all a great pretense played by people with power against those with none. And just to survive, the mass of the population played their part by joining in the hypocrisy. Many people are simply at the ends of their tethers, and why wouldn’t they be? We look at our politicians and would-be councilors at conservatives and then at labour and then at lib dems and the rest. We look from one to the other at those who called for lockdowns, which are to say, prominent members of every party at those who wanted them in place quicker, more challenging, and longer. Now we see them clamor for more control, censorship, and compliance. We look at each in turn, and in our hearts and stomachs, we wonder if it makes any difference who we choose because, in truth, they’re all the same.

Now by the end of the animal farm, the pigs are walking upright on two legs and wearing human clothes. They carry whips and their trotters. In the final scene, they host a meeting with neighboring human farmers, the same that they had once claimed to hate as the enemies of all animals four legs good, two legs bad they had once said the pigs live in the farmhouse, but now the other animals left on the outside in the farmyard watch the pigs and human farmers sitting around the table toasting each other and making plans to cooperate in the future.

Again wrote Orwell, but already it was impossible to say which was which is it just me or does it feel like someone out there is using Orwell’s work not as a warning but as an owner’s manual.