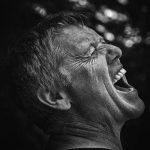 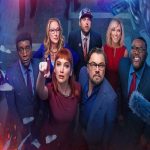 We had assembled in the darkness around the perimeter of the inner wall of the thatched-roofed temple. We were called in groups of ten to the altar, where the shaman dispensed the reddish-brown liquid. Each of us was given a cup from which to drink. In my hand, I held a scrap of paper to be left on the altar on which I had written, as the shaman had requested, my question for Mother Ayahuasca, “What more can you show me?”

As I returned to my place on the bench, the sickly sweet taste of the shaman’s brew lingered in my mouth. What had I done, swallowing this strange concoction of leaves and vines deep in a dark jungle, far away from the nearest hospital? What if Ayahuasca was, in fact, a poison, and I was about to have a self-induced agonizing near-death experience filled with terror and trepidation?

I sat with my palms over my eyes and my elbows on my knees as the shaman had instructed, blocking out even the slightest glimmer of light. A few minutes passed, and my frightening thoughts gave way to a profound sense of comfort and well-being. I could feel my heartbeat as I settled into the darkness.

Then in my mind’s eye, I began to picture images. At first, the images were just thoughts or long-forgotten memories of places and faces that had become nameless as the years had passed. But soon, the vague images were replaced with dancing patterns of light of bright neon colors of pink, yellow and blue. The more attention I gave the patterns, the more intense they became until I could make out geometric shapes. Like a series of lights around an old-fashioned movie marquee, they danced, triangles and squares within boxes. But if I attempted to look at anyone dancing object, it suddenly winked out, but the dancing patterns remained. Finally, it occurred to me that I was staring into the vibrating energy that constitutes the very fabric of matter. I was front row center to an imagined reality that defies any detailed examination. Indeed it was clear that without the mind that interprets and believes what it perceives is solid, there is nothing but this shapeless energy.

The more I stared at the undulating patterns, the more intense they became. My mind began to spin as I felt myself being pulled into the dance. I thought I would start to resist the vortex when I suddenly remembered my question, “What more can you show me?”.

Immediately the colors began to fade into brown patterns on a black background, then darkness, just darkness. Then a pinpoint of light appeared in the distance. I sensed myself being drawn to the light as it seemed to grow brighter until I recognized it as a room with windows on each wall, with me inside. I looked through each window to see a “different world” outside.

In particular, I was drawn to one window as I watched two huge blue men outside engaged in a hand-to-hand knife fight. I was immediately drawn through the window, and the titans stood right before me. As they circled each other, I felt intense fear. One of the combatants shoved the other but defied the physics laws, and it was he who fell back.

Then without warning, I found myself suddenly in the body of one of the giant men! Now it was I that was the object of his intense rage. Terrified, I swung my blade and caught my opponent just below the shoulder. But surprisingly, I felt the sting and looked down to find my own arm had been cut. In an angry gesture, he raised his weapon, and I realized I must act immediately. I turned my knife and plunged it deep into my chest. I watched as he fell to the floor and died.