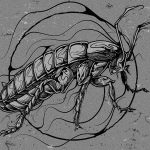 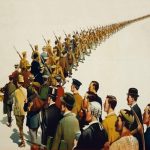 The inherent flaw of the Libertarian Party is two fold.

First, members of the party as a whole lack one cohesive ideological platform. We may agree on minimal government and individualism, but that’s where that ends. The border is a great example of this lack of uniformity; the Liberal faction of the Libertarian Party demand the end to a regulated borders where as those on the Right demand the opposite. Many key issues such as this, in the party are often contested by both sides which then leads to a split in its support and often times sends what ever leaning person (right or left) back to one of the two parties which closer reflect their personal ideology.

The only way to fix the this flaw is to unify the voter base behind one cohesive set of doctrines. For example, all Libertarians Party members should believe in minimal government rather than having the wiggle room to believe in small government or anarchism.

Second, Most of the party nominees act like clowns (see any of their inter party debates), this creates an image of a party of political parody image rather than a serious, viable alternative. This lack of seriousness has in recent years created the cult of “Lolbertarian” which has turned the image of Libertarians from Freedom loving Patriots.

If you truly want to know what libertarianism is, all you have to do is look at the founding of the United States. A significant portion of the Constitution is all about limited government, something we left long ago. Libertarians basically want that back. We want decisions to be made as locally as possible while the left and the right want to use the national government to get what they want. Government should be the last solution when all else has failed with national government being the last of the possible choices.

A solid list of suggestions, however I would add to these following books as to counter balance the focus on Libertarian Economic with Libertarian Philosophy.

1.”Conscience of a Conservative” by Barry Goldwater; though Goldwater viewed himself in the lens of a Conservative, many of his views were over the border line of Libertarianism such as Gay Rights (towards the end of his life), school choice for all, State power over Government power as per its original Constitutional Boundaries, and Individual Voluntarisms.

2. “Liberty defined” by Ron Paul; Mr. Paul needs no introduction as his track record is nothing short of LEGENDARY. His views often challenge normal GOP/Conservative conventions by placing EVEN MORE emphasis on the rights of the Individual and further more he often calls out Federal Government on their abuses of the people no matter if a Republican or Democrat is in charge.