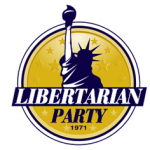 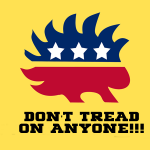 We got a message from our landlord that he would be fumigating the apartment next door about three weeks after the tenant moved out. After the process he showed me the apartment and there were some dead cockroaches on the floor as well as outside the apartment on the stair cases. Later that day we set about removing everything from our kitchen cupboards the make sure none of the cockroaches had made their way into our apartment and hidden there. That night we looked under the bed and took the sheets and blankets off the bed and gave them one last shake before we turned in for the night in case one of the critters might be hiding there.

The next morning we were awakened by a knock on the door by a man from the government who had come to our building to inform us that there was a world-wide cockroach pandemic that had started in China and was quickly spreading around the world. We were instructed to stay in our apartment and only go out for essential items like food and toilet paper. Additionally we were told to wear a blue cloth and paper face mask, the kind the dentist wears. The mask was supposed to prevent the spread of cockroach infection which could be passed from person to person.

Restaurants began to close and there was a curfew imposed from 2 in the afternoon until 7 in the morning. That only left a short time in the morning to shop for essential items. Then about a week later the man from the government returned to tell us that our building was under a 14 day quarantine because cockroaches had been found there. No one was allowed to leave the building or have visitors. All food had to be delivered from the few restaurants that were still open for take out.

Meanwhile more and more people were wearing those blue masks during times they were allowed to be out on the streets and all the schools and churches had been closed. We began to see news broadcasts on the TV from all over the world with people wearing masks. Even the news broadcasters and the government officials that were telling us to stay out of public areas and wear our masks in public were shown on TV wearing masks themselves. The exterminators had all been deemed non-essential and closed by the government so if you got cockroaches in your house there was no one to call. The government announced the the insecticides that were normally used for cockroaches were ineffective and that it was dangerous to use them. It was made illegal to buy these insecticides or even tell people that they were effective and these products quickly became unavailable. Some professional exterminators went on social media to tell people that these products were safe and effective against cockroaches but their posts were quickly banned or removed and the government made great efforts to discredit them for what they were saying. Some statisticians posted charts and graphs on the internet and said the there were no more cockroaches around than last year at this time so there was no cockroach pandemic. Their voices were also censored, their posts removed and people were warned not to share their videos on social media.

We heard some rumors that some people in our little town had been infected with cockroaches and their whole families had been sent to quarantine centres for 14 days but I never saw any more of the critters in my building or knew anyone who had seen any them around. But there were newscasts from one large city a few hundred miles away where people were shown running from their buildings and of cockroaches swarming in the streets. Meanwhile government trucks were combing the streets every day after curfew spraying large white clouds of airborne particles that hung in the air for as much as an hour.

Many people were thrown out of work and no public transportation was allowed only trucks were allowed on the highways and streets to deliver essential goods and perform essential services. We had originally been told that this state of emergency would be temporary but weeks later we were still having curfews and line-ups at the grocery stores which were only allowing 5 people in at a time. There were lines stretching to the street and around the corner because everyone had been told not only to wear a mask but to never be any closer to other people than 6 feet for fear of passing the cockroach infection to others. We were told this was the only way we could prevent the spread of cockroaches and we all faithfully obeyed because we saw people on TV that were being wrestled to the ground by police and shoved into police cars while the government officials warned that we could be fined $1,000 for not wearing a mask or using a public facility like a city park. All public sports and entertainment venues were closed and performers and teams were restricted to live TV broadcasts while they performed in stadiums empty of people.

I felt a deep sadness as I gazed at the empty streets and park outside of my apartment window where we had voluntarily imprisoned ourselves. The normal hum of traffic was gone as was the laughter of children playing and riding bicycles. The park benches and paths were empty where usually there would be people strolling and sitting. There were pictures on TV from around the world of deserted streets and shopping malls with boarded up storefronts.

Finally the government announced that they made a deal with some large pharmaceutical companies for a vaccine that would prevent vaccinated people from spreading cockroaches. We were assured this was the only way we could end this pandemic. Vaccination centres were opened up all over the country and people were informed by sound trucks where they were to go to be vaccinated. Tomorrow morning we would have to report to one of the city parks where large white tents had been set up where government workers would be administering the vaccinations.

The next morning I awoke to the sound of the traffic humming in the streets outside our apartment. I ran to the window and opened it to hear the sound of children laughing and skipping on their way to school. The sun was shining and there were no white tents in the park across the street. People were walking there on their way to work and elderly couples were watching their grandchildren at play. Tears welled up in my eyes as I realised the whole cockroach pandemic had just been a nightmarish dream that could never happen in a sane world to sane people and I was filled with gratitude for everything that I had which could so easily be lost if we loose sight of the things that really matter.