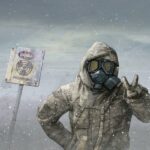 1)BARR LIED! FOIA Requests Reveal There Were No DOJ Investigations on Election Fraud After 2020 Election as Bill Barr Claims (VIDEO)

The special master handling the Mar-a-Lago raid has given former President Donald Trump a short deadline to provide details that would bolster his claims about documents the FBI seized, a day after the Justice Department scored an appeals court win.

3)Nancy Pelosi DODGES question on if Biden should run in 2024: Democrat says ‘I’m not going to get into the politics’ when pressed on the race as doubts continue to swirl

House Speaker Nancy Pelosi dodged a question Thursday about whether President Joe Biden should run for re-election in 2024.  ‘I’m not going to get into the politics about whether the president should run or not,’ the top House Democrat told reporters at her weekly press conference.

The illegal alien accused of killing 24-year-old Weld County, Colorado, Sheriff’s Deputy Alexis Hein-Nutz — just one week before her 25th birthday — had a criminal history, but federal agents failed to deport him.

Rep. Darrell Issa (R-CA) questioned this week why Hunter Biden has not gone to jail after allegedly failing to disclose income to the IRS, he told Just the News, Not Noise TV show. “It’s surprising that he didn’t go to jail,” Issa said. “[W]hen you deliberately don’t disclose income — even in the thousands of dollars, much less the millions of dollars — that’s a crime.”

6)Offit: CDC Oversells the ‘Bivalent’ Covid Shot; The FDA approved it without clinical trials, and there’s reason to doubt it beats the original vaccine.

The Centers for Disease Control and Prevention recommends that everyone over 12 receive a “bivalent” Covid-19 vaccine as a booster dose. But only a select group are likely to benefit, and the evidence to date doesn’t support the view that a bivalent vaccine containing omicron or its subvariants is better than the monovalent vaccine. The CDC risks eroding the public’s trust by overselling the new shot.

7)Fauci Mocked Mask-Wearers: ‘Laughing Privately at the Americans He Was Fooling’

The 81 year-old “doctor” who, let us not forget funded the study of Coronavirus’s in Wuhan, allegedly laughed at his own goggles remarks but then went on to tell ABC News that “if you have goggles or an eye shield, you should use it.”

SACRAMENTO – From recycled, and reusable materials to energy-efficient appliances, there are eco-friendly alternatives for just about everything these days; and now, the same is true when it comes to how you’re buried. Over the weekend, Governor Newsom signed a human composting bill into law.

The online journal Real Science is tracking athlete deaths and adverse events from the time of the release of experimental Covid injections in January 2021 through August 31 of this year. The journal has listed, named and catalogued by country every athlete who has suffered a serious adverse event or died. This is not an exhaustive list but it’s better than any other I’ve seen thus far. Almost all of these vaccine casualties have had their cause of death classified as “unknown.”

Sen. Roger Marshall (R-KS) is spearheading a move to end the special governmental powers granted by the Covid-19 national emergency declaration in response to President Joe Biden’s declaration that “the pandemic is over.”

New York Presbyterian Hospital released an ad in early September portraying a young girl as being diagnosed with and suffering from myocarditis, a cardiac ailment associated with COVID vaccination in youth.

12)Two Bombings in One Night? That’s Normal Now in Sweden.

Yesterday morning, Swedes woke up to news of a kind that has become all-too familiar: During the night, powerful bombs exploded at apartment buildings in two different towns in southern Sweden.

Today we get our first glimpse of the carnage in the housing market from August. With mortgage rates having soared and homebuilder sentiment tumbling (and permits plunging), it should be no surprise that existing home sales were expected to fall for the 7th straight month (-2.3% MoM vs -5.9% MoM in July). Somewhat surprisingly, existing home sales ‘only’ fell 0.4% MoM in August (from a revised 5.7% MoM drop in July), but that is still 7 consecutive drops. This left existing home sales down 19.87% YoY…

14)West destroying its own privileges – Lavrov; The US-led world is clinging to its dream of unipolarity, which is gone forever, Russia’s FM says

The main cause of the worsening situation in the world is the “persistent desire of the West led by the United States to ensure its global dominance,” Russian Foreign Minister Sergey Lavrov said on Wednesday in an exclusive interview with Newsweek. This endeavor is “impossible for obvious reasons,” Lavrov added.

15)This study of fascist men shows their terrifying fascination with sex, death, and authority ‘Male Fantasies’ examined the inner lives of German fascists and reached a horrifying conclusion

After World War I, a German paramilitary commander stood in the countryside, surveying a grisly scene: a lovers’ picnic interrupted by a grenade. The couple’s blood-smeared, mangled corpses gave the commander a strange surge of pleasure. The woman was a Communist whore, the commander thought, one of the many “Red women” destroying his homeland in the years since the armistice. He was a commander in the Freikorps, a paramilitary group made up of downtrodden German veterans who blamed Communist revolutionaries for their loss of the war. Many of the Freikorps later joined the Nazi regime. Perpetual war was not just their work, but their reason to be, the will to live merging with death. And one book would make a quest of understanding why.

A former vice president for the EcoHealth Alliance, a major funder of the Wuhan Institute of Virology, claims that his organization “developed” SARS-CoV-2 through gain-of-function research that makes viruses more dangerous.

At least 154 Chinese scientists who worked on government-sponsored research at the U.S.’s foremost national security laboratory over the last two decades have been recruited to do scientific work in China — some of which helped advance military technology that threatens American national security — according to a new private intelligence report obtained by NBC News.

The report, by Strider Technologies, describes what it calls a systemic effort by the government of China to place Chinese scientists at Los Alamos National Laboratory, where nuclear weapons were first developed.  Many of the scientists were later lured back to China to help make advances in such technologies as deep-earth-penetrating warheads, hypersonic missiles, quiet submarines and drones, according to the report.

“There is this idea in Italy that we have tried everyone else, so let’s try her now,” said Wolfango Piccoli, the co-president of political risk consultancy Teneo.

If the tough-talking Meloni succeeds, she will face an array of daunting challenges, including soaring energy costs, a suffocating debt mountain, a possible recession and an increasingly dangerous conflict in Ukraine. The 45-year-old from Rome, who is promising a crackdown on immigration and a cut in taxes, will also have big shoes to fill.

1)Secret clause in Putin’s mobilization decree may allow him to draft up to 1 million reservists, an independent Russian outlet reports

A hidden clause in Russian President Vladimir Putin’s partial mobilization decree permits the country’s defense ministry to draft one million reservists, according to a report from Novaya Gazeta Europe, which cited a source in the presidential administration.

Patton Oswalt is reportedly using his latest Netflix special to attack Trump supporters who have refused to get the coronavirus vaccine, labeling them as “backward, racist, sexist, homophobic dipshits.” Oswalt’s Netflix special When We All Scream, which debuted Tuesday, features the radical leftist comedian tackling a wide range of subjects including coronavirus lockdowns, wokeness, and his own aging.

Danielle Smith, like Pierre Poilievre, has managed to win the hearts and minds of many pro-freedom Canadians, positioning herself against the tragic premiership of the current UCP leader, Jason Kenney. Running on a pro-medical freedom, anti-lockdown and anti-COVID mandate platform in addition to an emphasis on Alberta sovereignty, it is no surprise Albertans prefer Smith to the pro-lockdown, pro-masking, vaccine passport-implementing Kenney. But what about the other issues? What about the issues that plagued society before the COVID era, and in fact set society up to eagerly accept the tyranny of the COVID era?

4)Tucker Carlson: Allowing Brazil to become a colony of China would be a significant blow to us

In the space of just 15 years, for example, the Chinese have succeeded in re-colonizing the entire continent of Africa. Didn’t think that could happen? Well, it is happening. In Africa, China now calls the shots and takes the natural resources for itself. Period. As of tonight, there is only one remaining African country that dares to recognize Taiwan, and it happens to be among the smallest countries in Africa, Swaziland. Everyone else on the continent obeys Beijing.

Sen. Rand Paul, a likely committee chairman if Republicans win the Senate in November, says an independent special investigator needs to be appointed to look into Dr. Anthony Fauci’s handling of the pandemic and the origins of COVID-19 virus.

House Republican leader Kevin McCarthy said Friday the GOP would repeal the funding that Democrats signed into law to hire as many as 87,000 new IRS agents, in publicly touting his vision for a Republican-led lower chamber next year.

The U.S. has privately been warning the Kremlin for months of consequences if they use a nuclear weapon in their conflict with Ukraine, according to officials. Anonymous officials told The Washington Post that the White House has publicly been purposefully vague about what those consequences would be in an attempt to build concern among Russian leaders, a method of nuclear deterrence called “strategic ambiguity.”

WATERBURY, Conn. — Alex Jones’ initial day of testimony in a trial for damages after years of lying about the Sandy Hook shootings ended in chaos.

Confronted on Thursday with the harm he had done by repeatedly lying on his Infowars radio and online show that Robbie Parker, whose daughter Emilie died in the massacre, was an actor, Jones erupted in a rant that drew a contempt threat by Judge Barbara Bellis of State Superior Court. “Is this a struggle session? Are we in China? I’ve already said I’m sorry, and I’m done saying I’m sorry,” Jones responded, as his lawyer shouted objections.

“Now we’re instructing every cadet entering the Air Force to not say mom and dad, to not say boyfriend or girlfriend,” he continued. “I think the Air Force should be worried about the macro-aggressions against America that are happening all over the world.”

Therefore, TLR4 contributes significantly to the pathogenesis of SARS-CoV-2, and its overactivation causes a prolonged or excessive innate immune response. TLR4 appears to be a promising therapeutic target in COVID-19, and since TLR4 antagonists have been previously trialled in sepsis and in other antiviral contexts, we propose the clinical trial testing of TLR4 antagonists in the treatment of severe COVID-19. Also, ongoing clinical trials of pulmonary surfactants in COVID-19 hold promise since they also block TLR4.

Hyperinflammatory cytokine storms in many severely symptomatic Covid-19 patients may be rooted in an atypical response to SARS-CoV-2 by the dysfunctional MCs of MCAS rather than a normal response by normal MCs. If proven, this theory has significant therapeutic and prognostic implications.