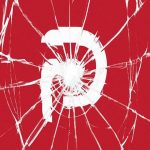 The political expression of altruism is collectivism or statism, which holds that man’s life and work belong to the state—to society, to the group, the gang, the race, the nation—and that the state may dispose of him in any way it pleases for the sake of whatever it deems to be its own tribal, collective good.

A statist system—whether of a communist, fascist, Nazi, socialist or “welfare” type—is based on the . . . government’s unlimited power, which means: on the rule of brute force. The differences among statist systems are only a matter of time and degree; the principle is the same. Under statism, the government is not a policeman, but a legalized criminal that holds the power to use physical force in any manner and for any purpose it pleases against legally disarmed, defenseless victims.

From top to bottom, from start to finish, the very concept of “authority” itself is anti-human and horribly destructive. Larken Rose

Nothing can ever justify so monstrously evil a theory. Nothing can justify the horror, the brutality, the plunder, the destruction, the starvation, the slave-labor camps, the torture chambers, the wholesale slaughter of statist dictatorships.

Government control of a country’s economy—any kind or degree of such control, by any group, for any purpose whatsoever—rests on the basic principle of statism, the principle that man’s life belongs to the state.

A statist is a man who believes that some men have the right to force, coerce, enslave, rob, and murder others. To be put into practice, this belief has to be implemented by the political doctrine that the government—the state—has the right to initiate the use of physical force against its citizens. How often force is to be used, against whom, to what extent, for what purpose and for whose benefit, are irrelevant questions. The basic principle and the ultimate results of all statist doctrines are the same: dictatorship and destruction. The rest is only a matter of time.

If the term “statism” designates concentration of power in the state at the expense of individual liberty, then Nazism in politics was a form of statism. In principle, it did not represent a new approach to government; it was a continuation of the political absolutism—the absolute monarchies, the oligarchies, the theocracies, the random tyrannies—which has characterized most of human history.

In degree, however, the total state does differ from its predecessors: it represents statism pressed to its limits, in theory, and in practice, devouring the last remnants of the individual.

The ideological root of statism (or collectivism) is the tribal premise of primordial savages who, unable to conceive of individual rights, believed that the tribe is a supreme, omnipotent ruler, that it owns the lives of its members and may sacrifice them whenever it pleases to whatever it deems to be it’s own “good.” Unable to conceive of any social principles, save the rule of brute force, they believed that the tribe’s wishes are limited only by its physical power and that other tribes are its natural prey, to be conquered, looted, enslaved, or annihilated. The history of all primitive peoples is a succession of tribal wars and intertribal slaughter. That this savage ideology now rules nations armed with nuclear weapons, should give pause to anyone concerned with mankind’s survival.

In their search for an all-powerful “good guy” to save the day, statists always end up creating all-powerful bad guys. Over and over again, they build giant, unstoppable “government” monsters in the hope that they will defend the innocent, only to find that the monsters become a far greater threat to the innocent than the threats they were created to protect against. Larken Rose

Statism is a system of institutionalized violence and perpetual civil war. It leaves men no choice but to fight to seize political power—to rob or be robbed, to kill or be killed. When brute force is the only criterion of social conduct, and unresisting surrender to destruction is the only alternative, even the lowest of men, even an animal—even a cornered rat—will fight. There can be no peace within an enslaved nation.

The degree of statism in a country’s political system is the degree to which it breaks up the country into rival gangs and sets men against one another. When individual rights are abrogated, there is no way to determine who is entitled to what; there is no way to determine the justice of anyone’s claims, desires, or interests. The criterion, therefore, reverts to the tribal concept of one’s wishes are limited only by the power of one’s gang.

Statism—in fact, and in principle—is nothing more than gang rule.

A dictatorship is a gang devoted to looting the effort of the productive citizens of its own country. When a statist ruler exhausts his own country’s economy, he attacks his neighbors. It is his only means of postponing internal collapse and prolonging his rule. A country that violates the rights of its own citizens, will not respect the rights of its neighbors. Those who do not recognize individual rights, will not recognize the rights of nations: a nation is only a number of individuals.

Observe that the major wars of history were started by the more controlled economies of the time against the freer ones. For instance, World War I was started by monarchist Germany and Czarist Russia, who dragged in their freer allies. World War II was started by the alliance of Nazi Germany with Soviet Russia and their joint attack on Poland.

The twisted mind of Adolf Hitler, by itself, posed little or no threat to humanity. It was the millions of people who viewed Hitler as “authority,” and thus felt obligated to obey his commands and carry out his orders, who actually caused the damage done by the Third Reich. Larken Rose

Observe that in World War II, both Germany and Russia seized and dismantled entire factories in conquered countries, to ship them home—while the freest of the mixed economies, the semi-capitalistic United States, sent billions worth of lend-lease equipment, including entire factories, to its allies.

Germany and Russia needed war; the United States did not and gained nothing. (In fact, the United States lost, economically, even though it won the war: it was left with an enormous national debt, augmented by the grotesquely futile policy of supporting former allies and enemies to this day.) Yet it is capitalism that today’s peace-lovers oppose and statism that they advocate—in the name of peace.

The human characteristic required by statism is docility, which is the product of hopelessness and intellectual stagnation. Thinking men cannot be ruled; ambitious men do not stagnate.

That is the choice which today’s political leaders are determined to evade. The “liberals” are trying to put statism over by stealth—statism of a semi-socialist, semi-fascist kind—without letting the country realize what road they are taking to what ultimate goal. And while such a policy is reprehensible, there is something more reprehensible still: the policy of the “conservatives,” who are trying to defend freedom by stealth.

The statists’ epistemological method consists of endless debates about single, concrete, out-of-context, range-of-the-moment issues, never allowing them to be integrated into a sum, never referring to basic principles or ultimate consequences—and thus inducing a state of intellectual disintegration in their followers. The purpose of that verbal fog is to conceal the evasion of two fundamentals: (a) that production and prosperity are the product of men’s intelligence, and (b) that government power is the power of coercion by physical force.

Once these two facts are acknowledged, the conclusion to be drawn is inevitable: that intelligence does not work under coercion, that man’s mind will not function at the point of a gun.

Well I got banned from Parler